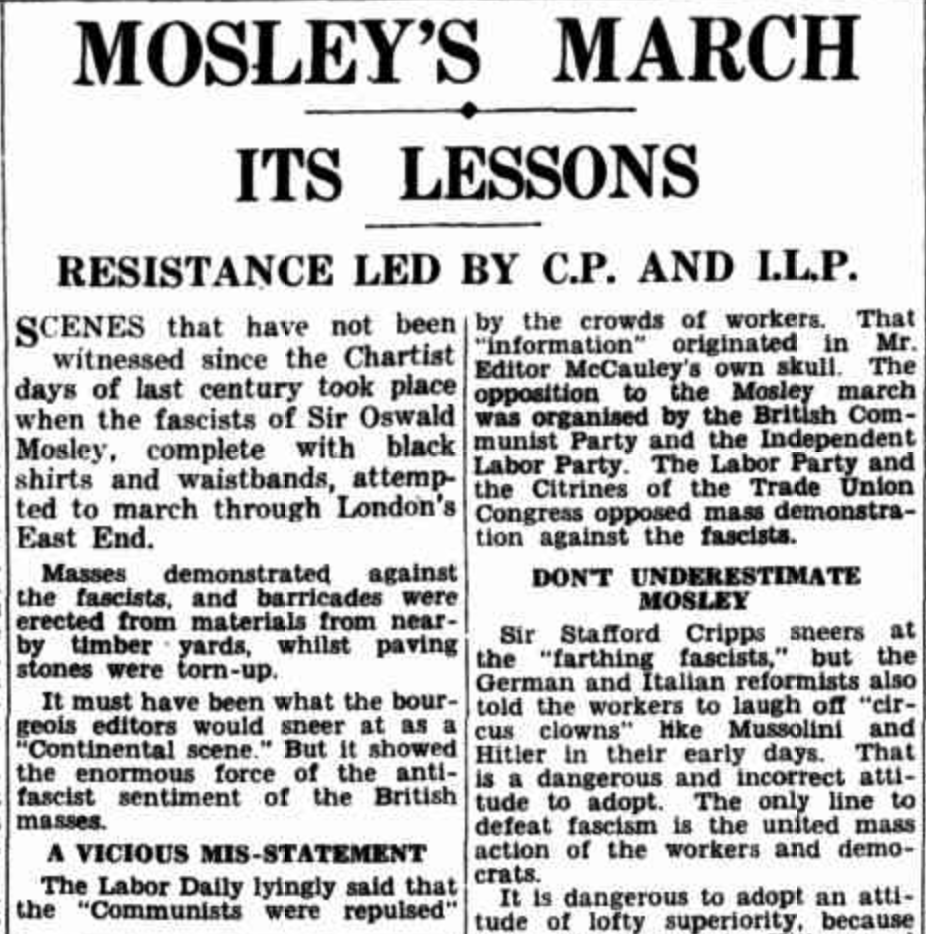 Of interest to the Communist Party of Australia, and to historians of Australian politics, was that the Metropolitan Police Commissioner, who refused to ban the march by Mosley’s British Union of Fascists, had previously been the Governor of New South Wales. As Andrew Moore has written, Game gained similar notoriety in Australia for the dismissal of the Premier Jack Lang in 1932.

As the creation of the Public Order Act 1936 followed quickly in the wake of ‘Cable Street’, the Workers’ Weekly printed a follow up article denouncing measures by the state to curb Mosley. .On 13 October, 1936, the newspaper published this report:

The article mentions that the CPGB could not rely on the state to deal decisively with the BUF, as the POA was more likely to be used against communists than fascists, as discussed by David Renton here.

The fascist threat in Australia, presented by Eric Campbell’s New Guard, had resided largely by 1936 and there is little in the CPA’s literature that discusses combating the New Guard in a similar fashion to the street fighting seen in Europe. By 1936, the fascist threat was largely external, with a number of Australian communists traveling to Spain the fight in the Civil War.