Who made Radelaide? More ephemera of a music scene past

Here we go again with another collection of flyers from the Adelaide music scene from 2001 to 2010. I’ve extended it out to 18 this time as I couldn’t choose which ones to post. As usual, any gig flyers or recollections of these gigs are most welcome. 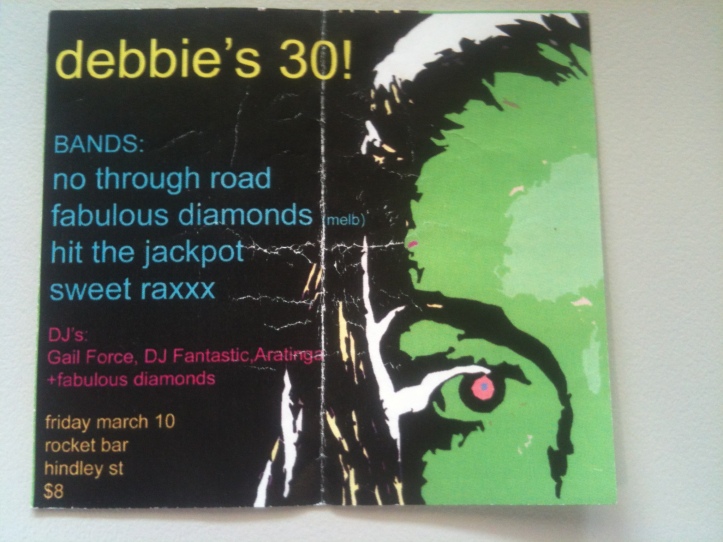 Debbie was in Sound of Mercy Killing with Seb (from Hit the Jackpot, Love… Like Electrocution). I don’t really remember Fabulous Diamonds. 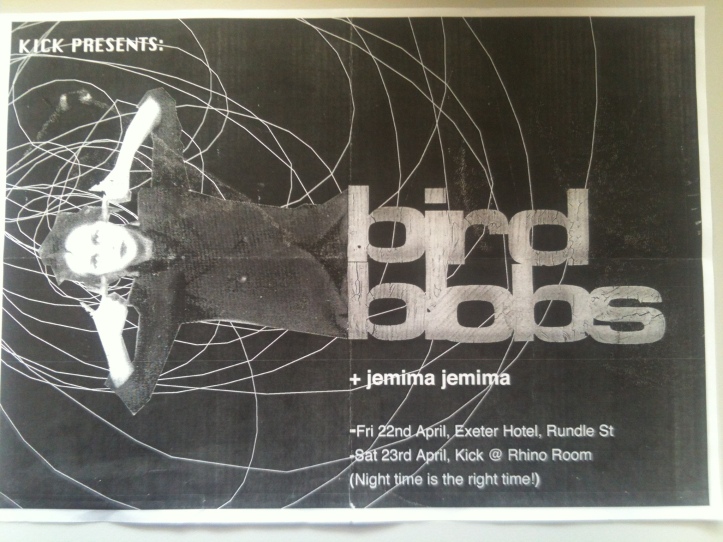 Bird Blobs were a post-punk band from Melbourne. I remember that they ended up on a Beyond Punk! CD given away with MOJO.

This is an old business card from Brillig. Much more sturdy than the average flyer.

This gig would’ve been organised by Lara (mixer extraordinaire and guitarist in Star Ten Hash).

I organised this gig and played in two bands that night – Awesome Welles and Stroszek. Another band, whose name escapes me at the moment but morphed into The Clap, opened the show, with a dazzling stage set-up. They had banners claiming ‘band practice is counter-revolutionary’ posted to the wall and the drum kit I seem to remember.

Another flyer for the final Paddington Bear Affair show. Space Horse were amazing. 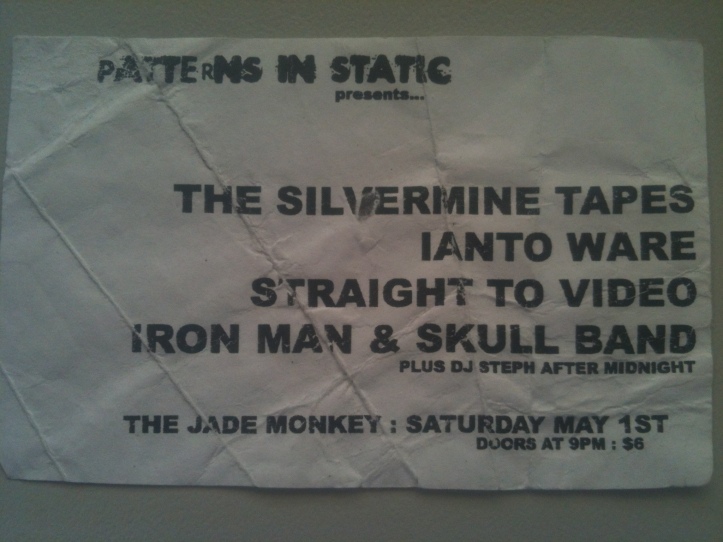 The Jade Monkey hosted Patterns in Static shows once a month during 2004-05 (I think). I believe that Dj Steph was Steph from No Through Road, Birth Glow, Batrider and now Summer Flake. 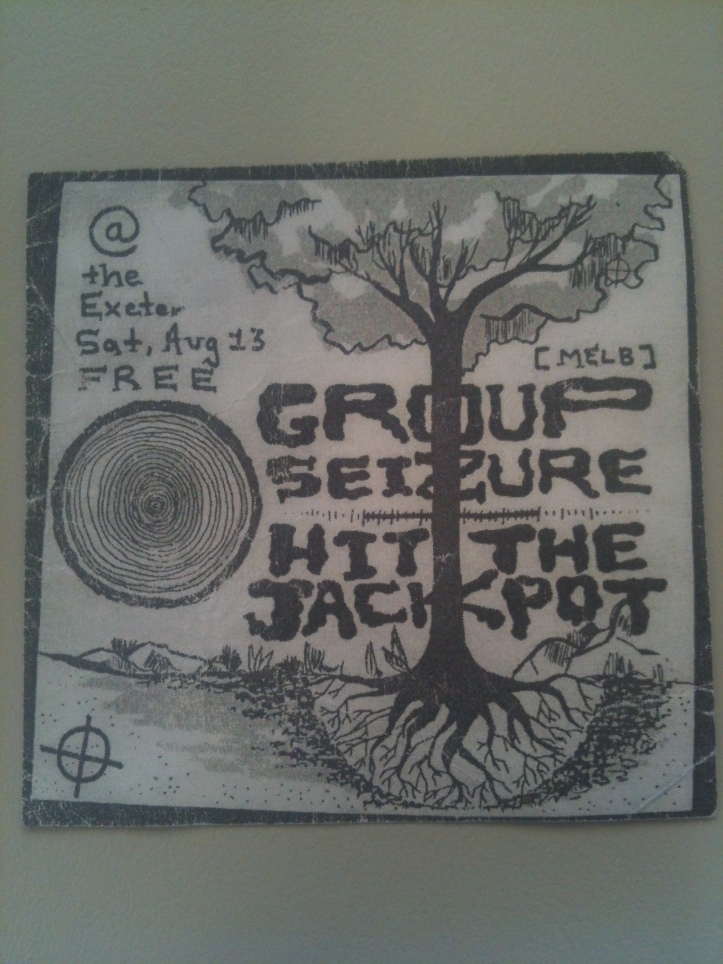 All I remember about Group Seizure was hiring a DI for their bass player. The place I hired it from still send me texts about their sales (8 years later). 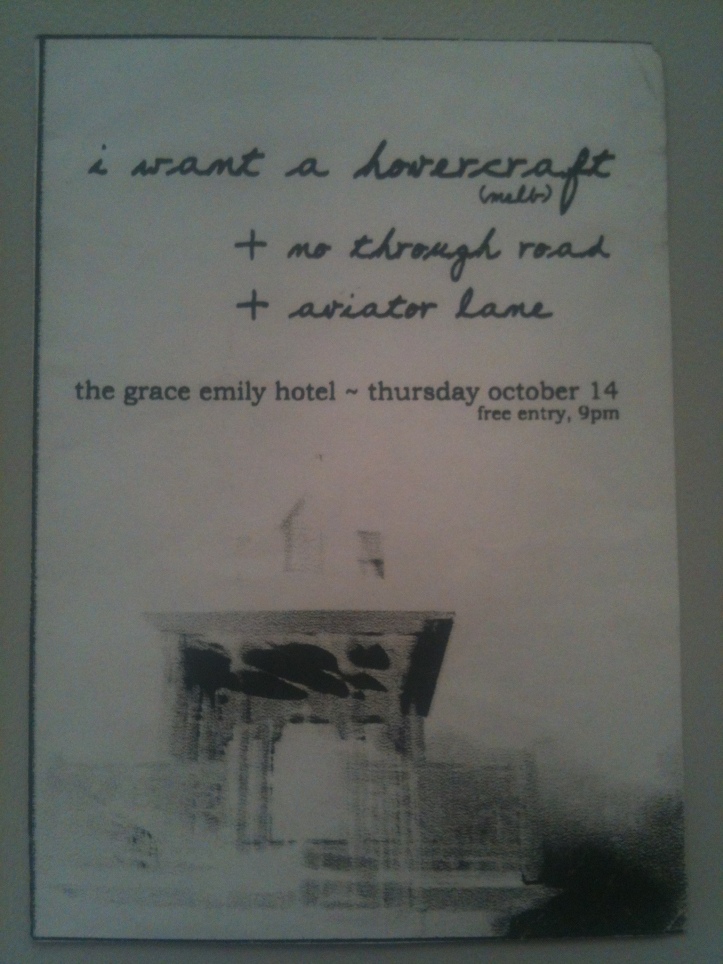 I Want a Hovercraft were a pretty cool two piece from Melbourne. I saw them support Josh Pyke at the Gov once. I don’t think I stayed from Josh Pyke’s set. 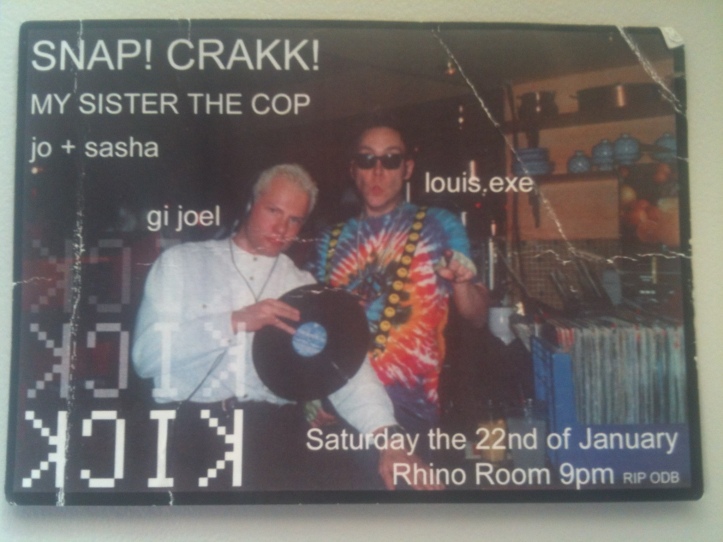 The Rhino Room was an odd venue, now more known for its comedy. Kick was a monthly night run by Joel and Louie, who also organised Sunday soccer. Great for hangovers!

Another Patterns in Static gig at the Jade Monkey.

This flyer cracks me up. I don’t know why. 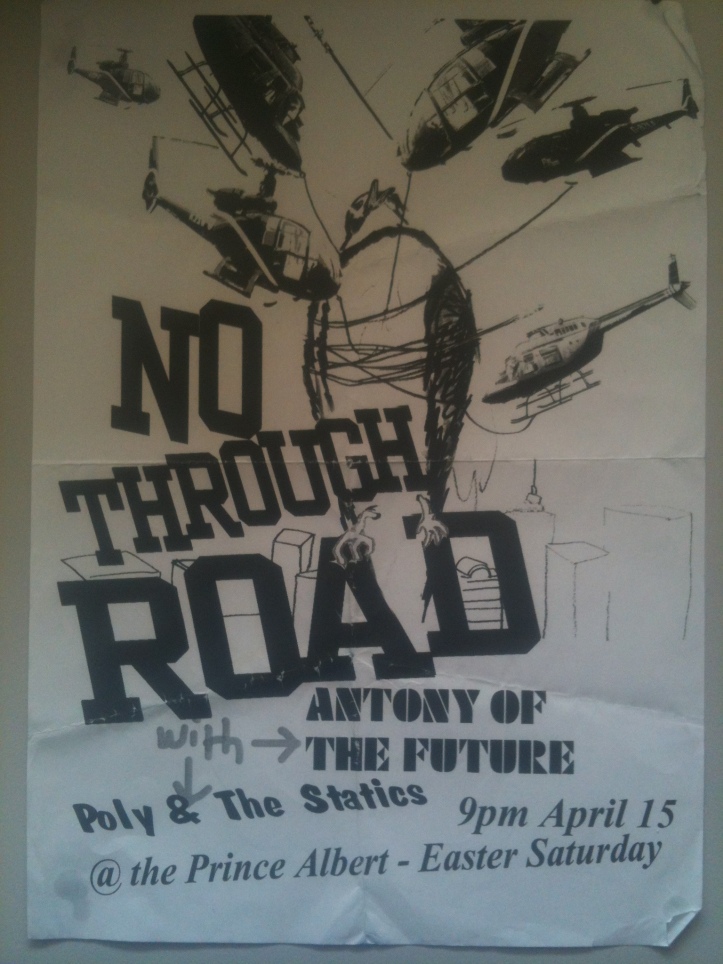 No Through Road were essentially the house band for the Prince Albert. There wasn’t much room for bands to play at the PA, which made it difficult for bands like NTR (with 6 people), but created a wonderful atmosphere.

All I remember about this gig is that it ran horribly late and I had to teach the following morning. But seeing Miss Golly Gosh (Adelaide’s answer to Bikini Kill) was always good.

Downtown Art Space occasionally hosted gigs, but like Avalon/SEAS Gallery, suffered from not being licensed. A great flyer designed by Ringo.

I’m not sure who NUN were. But a nice looking flyer.

Lizard Lounge was where Le Rox used to be after it moved out of the Hindley Street Pizza Hut. Apparently Le Rox was the place to be in the late 1980s and early 1990s, so it was like an Adelaide tradition. I’m not sure what is there now.

Your Wedding Night had that song ‘L-A-C-H-L-A-N’ which was pretty big on Triple J. I remember that most of their other songs were fairly lewd.

So there you go. Another bunch of flyers. I have nearly exhausted my collection at the moment, but there are a few other boxes at home that are full of ephemera that need sorting. If I find anything cool, I will post it in the near future. I hope you’ve enjoyed these posts. Please get in touch if you have. And like Hatful of History on Facebook!