Trends in myths about immigration 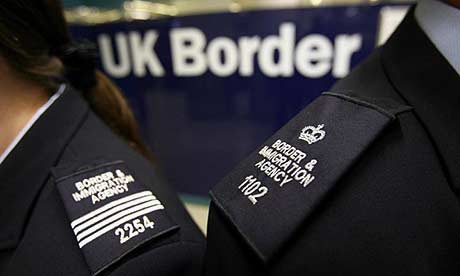 Today The Guardian published a very thorough Q&A about European immigration to the UK and addressed some of the routinely asked questions about immigration, particularly as UKIP and the Tories seem to want to make immigration an issue at the next election. As I was reading the article, I was reminded that many of the persistent questions that people have about immigration have existed for a long time and have been addressed, in one way or another, since the 1960s. One of my ideas for a future research project would be to map which questions have been continually addressed in anti-racist literature since the 1960s and how these ‘myths debunked’ or ‘questions answered’ pieces have changed since then.

As a quick experiment, I found five pieces written in this format since 2001 (including today’s piece). The five pieces were:

Ceri Mollard, Asylum: The Truth Behind the Headlines (Oxfam, 2001)

Jonathan Portes, ”Immigration: Could we – should we – stop migrants coming to Britain?’ (The Guardian, 2014)

All address the issue of immigration to the UK, although two of the earliest (from 2001 and 2003 respectively) focus on asylum while the latter focus on EU immigration (as well as asylum in the case of one from 2o12). I looked to see whether similar questions were raised in all five and which questions were specific to each piece – hoping to see some some trends and indicators of the wider debate about immigration occurring at a particular time.

Some of the reoccurring themes that were present were:

Myth: Only a tiny proportion of refugees are genuine, and the rest are ineligible for asylum. (2001)

Why do they get more benefits than people who’ve always lived here? (2003)

MYTH: They come here for our generous welfare system (2012)

Migrants are abusing the NHS

Myth: The numbers of asylum seekers using State-provided services, such as the National Health
Service,are spiralling out of control and crippling the services. (2001)

MYTH: They are draining public services (2012)

But what about the argument about pressure on the public services? (2014)

But how can this be? Isn’t it just the economics of supply and demand – if you increase supply of workers, wages will fall? And if an immigrant takes a job, then a British worker can’t. (2014)

As part of my research into the history of British immigration control, I had a copy of a 1973 pamphlet by the Runnymede Trust that answered questions on immigration and found that similar questions could be found in the 1970s to those in the pieces from post-2001.

Regarding the severity of the immigration control system, the 1973 pamphlet had two questions:

How much illegal entry is there? Are the penalties severe?

Regarding the receipt of state benefits, it had this question:

Do immigrants cost the social services as a whole more?

And this one on the NHS:

And finally, on the issue of migrants taking jobs, the pamphlet asked these questions:

Do immigrants take white workers’ jobs? Do immigrant women go out to work? Are immigrants concentrated in a small number of jobs? Has the availability of immigrant labour prevented modernisation in industry?

So it seems evident from the small amount of source material that I have looked at that similar questions about immigration have persisted for a long time, although they are adapted or modified over time. I would like to try this on a much larger scale. Any suggestions of where to find more FAQs would be most welcome.

What might be just as interesting is seeing what kind of questions were asked in the past that are not asked today. For example, the 1973 Runnymede Trust pamphlet included the following questions:

Why have immigrants come here?

What about the Irish?

How do we know that racial discrimination is common?

Is it discriminatory to keep racial statistics?

At this stage, this research project is only a pipe dream, but as usual, anyone interested should get in touch.